Meta : journal des traducteurs / Meta: Translators’ Journal is an international scholarly journal that publishes research articles in translation, terminology, and interpretation. The journal publishes two regular issues and one special issue per volume, with ten to twelve articles per issue. Three languages are accepted: French, English, and Spanish. In some special issues devoted to particular language-cultures, other languages, such as German and Turkish, have also been accepted. Meta's primary audience is researchers, but it welcomes all of those who are interested in the linguistic phenomena that make up intercultural communication.

Meta is the world's oldest translation studies journal in any language. Founded in 1955 by the Association canadienne des Traducteurs diplômés [Canadian Association of Certified Translators], the ACTD, it was first published under the name Journal des traducteurs - Translators' Journal. Under the direction of Brother Stanislas-Joseph, vice-president of the ACTD and a Brother of Christian Instruction, the Translators' Journal was primarily intended for language professionals. The first issue appeared in October 1955.

In 1956, Jean-Paul Vinay, a professor at the Université de Montréal, became the editor of the Translators' Journal. With this new editorship, the Journal was permanently transfered to the Université de Montréal, where it was housed within the Section de linguistique [Linguistics section]. This Section, now the Département de linguistique et de traduction [Department of Linguistics and Translation], also taught translation and interpretation. Jean-Paul Vinay described the Translators' Journal as "a technical journal. [...] [which] allows the general public and other specialists to learn about the problems of translation." At the time, the Journal was published with the assistance of the Institut de traduction de Montréal [Translation Institute of Montreal]. In 1957, the Journal's description was expanded to include "Organe d'information et de recherche dans les domaines de la traduction et de l'interprétation" [Information and research vector in the fields of translation and interpretation]. It was not until 1980 that "terminology" was added.

The year 1966 was one of change for the Journal. Blake Thomson Hanna took over the editorship from Jean-Paul Vinay. The newly created Presses de l'Université de Montréal (PUM) became the journal's publisher. Finally, then vice-rector Lucien Piché insisted on renaming the publication. The name Meta was then proposed. From the ancient Greek μετά (mu/epsilon/tau/alpha), which means "in the middle, among, between," this prefix expresses reflection, change, going beyond. The Translators' Journal thus became Meta: Translators' Journal (March 1966, vol. 11, no. 1).

In 1967, the Meta underwent another change of editorship. André Clas, a professor at the Université de Montréal since 1960, was in charge of feature articles when he succeded Blake T. Hanna as editor. He remained in this position for more than 40 years, an unparalleled record. Under his leadership, Meta became a research journal and established intself on the international stage. Prof. Clas brought dozens of researchers to contribute to Meta. He put peer review into place. The number of research articles grew, from a few per issue to 10, 15, even 20. Articles in Spanish are added to those in French and English. Examples in countless languages could be found: Arabic, Chinese, Japanese, Hebrew, Dutch, Persian, Polish, Portuguese, Russian, Slovenian, Turkish, even Azeri, Basque or Inuktitut. The number of pages published annually in Meta now numbers in the hundreds. Prof. Clas is also responsible for the digitization of the journal and for its online presence. Indeed, Meta was the first journal to be made available on the Érudit platform, when it was only a pilot project. Today, Meta generates thousands of clicks per year. In conclusion, it is thanks to Prof. Clas that Meta has become a household name. André Clas, who died in May 2022, "left his mark on generations of language professionals around the world," as is written in his In Memoriam published in Meta.

Sylvie Vandaele and Hélène Buzelin, professors in the Département de linguistique et de traduction of the Université de Montréal, replaced André Clas in 2008. Together, they produced Meta 53(3), the first issue published without Prof. Clas' contribution since 1967. In 2009, Sylvie Vandaele assumed sole editorship of the journal, remaining until 2014. Prof. Vandaele considerably modernized the journal, implementing an electronic management system to support its production and establishing a rigorous editorial protocol. Finally, in 2014, Georges L. Bastin, who had already been contributing to the journal for many years as the book review editor, became Meta's latest editor.

Meta's generalist vocation is reflected in the diversity of topics covered in its various special issues. The journal's very first special issue, Meta 2(1), was published in 1957 and was entitled Traduction en pharmacie [Pharmaceutical translation]. Many others were to follow.

A subscription is required to access issues within their first 12 months of publication. After 12 months, all issues are in open access.

Institutional digital subscription: Institutions (libraries, documentation centres, schools, etc.) can access journals disseminated by Érudit by subscribing to a single title or to a collection of titles. For more information, institutions are invited to fill out Érudit's subscription form.

Individual digital subscription: Individuals wishing to subscribe to the digital version of the journal are invited to communicate directly with the journal's publisher, the Presses de l'Université de Montréal.

Permanent archiving of articles on Érudit is provided by Portico.

Meta accepts only original and previously unpublished texts, in French, English, and Spanish, and exceptionally in other languages (special issues). Articles for regular issues can be freely submitted on an ongoing basis. Book reviews are sought by the journal.

Articles already submitted or published elsewhere, either partially or in totality, are systematically rejected. Plagiarism is not tolerated and the rejection of a plagiarized article is automatic at any stage of the editorial process. Authors are invited to fill out the article status form (see the Downloads section below) and to send it by email to meta@umontreal.ca or meta.um.ca@gmail.com. Double-blind peer review will only start upon receipt of the completed form.

Manuscripts are submitted by email to meta@umontreal.ca or meta.um.ca@gmail.com, in Word (.doc) format. A PDF version of the document reflecting layout suggestions and possible font issues is also required (e.g. when special characters are used).

Articles submitted to Meta as well as book reviews must be carefuly formatted. Unformatted articles will not be considered. The authors may use the detailed stylesheet (see the Downloads section below) to install the Meta styles in their Word software.

Reproduction rights are held by the Presses de l'Université de Montréal (PUM). Any authorization request should be addressed to Ms. Sandra Soucy (sandra.soucy@umontreal.ca).

Authors must refer to the detailed guidelines and use the English style sheet. Use the predefined styles for formatting.

a) Document format is LetterUS. Use Times New Roman 12 pt for Normal Text, 18 pt for the main title, and 10 pt for special sections.

b) Include the following in the article heading, separated by line breaks: the main title (as short as possible); the name of the author(s); author affiliations and e-mail addresses.

c) Provide three 200-word abstracts, one in French, another in English, and the last in Spanish, as well as five keywords for each language.

2.2. References in the text

Quotations and examples inserted in the text must be short. If they exceed three lines, indent the text and use Times Roman 10 pt font.

Meta uses endnotes rather than footnotes. Please use the automatic endnote function of your word processing software. The endnotes will appear at the very end of your document (apply Times New Roman 10 pt).

The references are in Times New Roman 10 pt and listed alphabetically by the authors’ family names. Please refer to the detailed guidelines for specific cases and page formatting.

Additional sections appear at the end of the article in the following order: acknowledgements, references, interviews, and appendices. The body of these sections should be Times New Roman 10 pt. 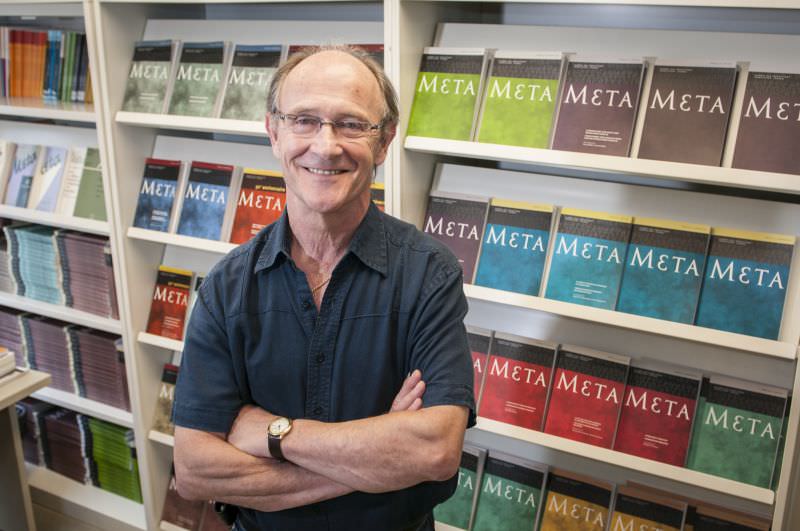 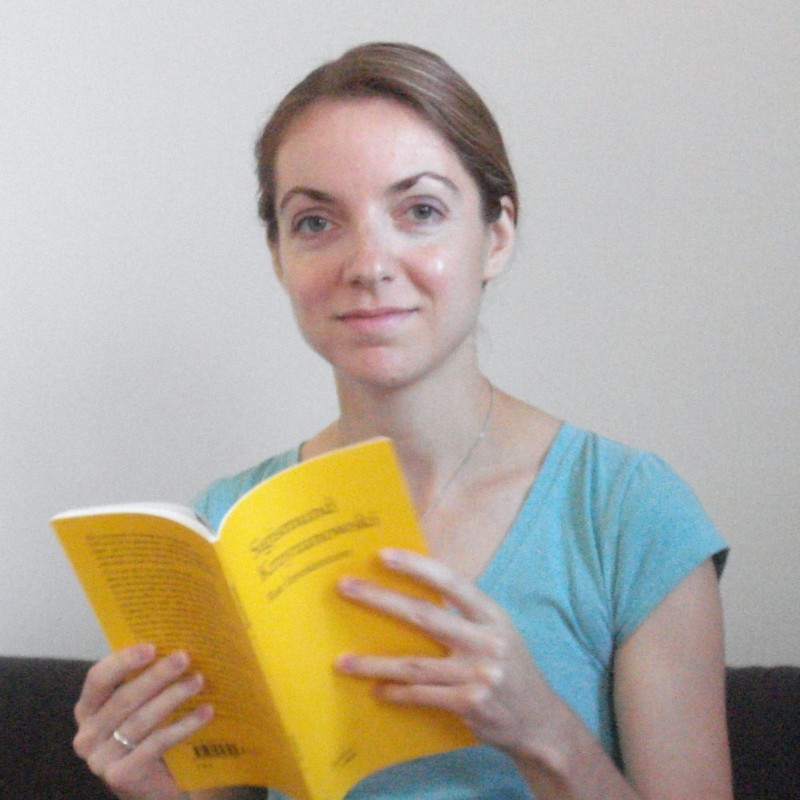 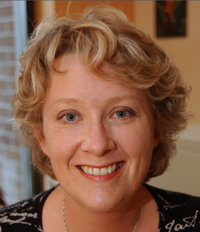 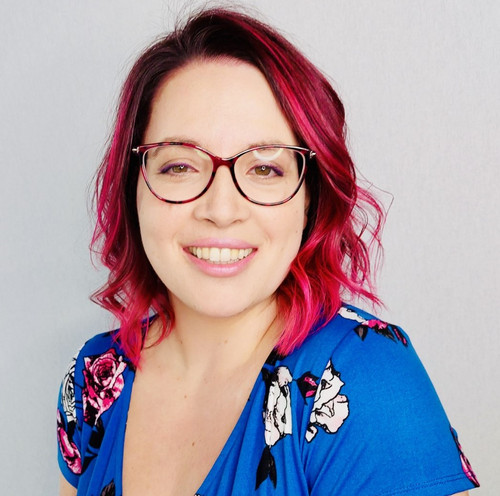 Meta is a member of the Canadian Association of Learned Journals (CALJ).